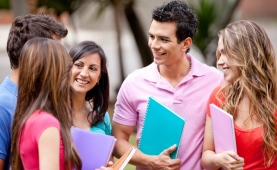 Since the late 1990s the "Eurostudent" program has been developed in Europe. This program is a long-term regular (panel) survey of students in more than twenty European countries.

Participation in such a project would put Ukraine on a par with European countries; we will have a possibility to compare the social characteristics of students in Ukraine and in other European countries; we will answer some questions interesting for the Ministry of Education and Science, heads of educational institutions, teachers and students, academics and researchers, society in general.

The results of the study are supposed to be discussed at the next meeting of the ministers of the countries engaged in the Bologna Process that will be held in May 2015 in Yerevan (Armenia).

We would like to inform that sociological research in Ukraine within the "Eurostudent" program is scheduled for the period from April 14 to May 25, 2014. The survey will be carried out by V.N. Karazin   Kharkiv National University together with the Sociological Association of Ukraine. 4000 students in 44 universities in Ukraine are supposed to be polled.